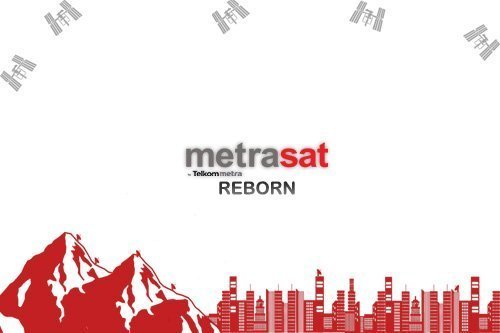 In April 2018 Net Insight announced an order for a multi-sport event in Asia providing both media transport for production and contribution from the sports venues to the International Broadcast Centre (IBC) as well as services.

Net Insight supported the 18th Asian Games that took place during a couple of weeks in August – September in 2018. This was the first time that the Asian Games was hosted in two cities, in the capital city Jakarta and in Palembang city, approximately 600 km apart. The main host city Jakarta held the opening and closing ceremonies of the Games, but six sport venues and a mini-IBC were located in Palembang.

“It was very challenging to handle such a prestigious and big event like Asian Games and Net Insight helped us to solve the challenge. The Nimbra solution showed excellent performance during the Asian Games,” says Bogi Witjaksono, Managing Director, Metrasat.

“The equipment worked very well and there were no complaints during this event. I am very satisfied,” says Linda Wahyudi, Director of Broadcast Department INASGOC (Indonesian Asian Games Organizing Committee).

The implementation of the media network for Metrasat, a subsidiary company of Telkom Indonesia engaged in VSAT and broadcast was made by Net Insight together with Transtel Universal, Net Insight’s partner in Indonesia. Net Insight’s media transport platform Nimbra performed perfectly throughout the Games even with broadcast feeds from Palembang, 600 km away. Nimbra 640s, Nimbra 680s and Nimbra 688s equipped with video access modules using J2K compression transported live video content to the IBC, being monitored by the host broadcaster IGBS and for distribution to the rights holder broadcasters for the global audience. The Nimbra network was monitored and managed from the CDT (Contribution, Distribution, and Transmission) center in the IBC.

All in all, there were four entities in the CDT, namely host broadcaster IGBS, Net Insight, Transtel Universal and Metrasat who worked together to make the broadcast transmission work for the Asian Games, bringing superior live sports to TV viewers all over the world.

Get the latest news about producing, managing and delivering the future of live sport & events.

This website uses cookies so that we can provide you with the best user experience possible. Cookie information is stored in your browser and performs functions such as recognising you when you return to our website and helping our team to understand which sections of the website you find most interesting and useful.

These cookies are necessary for the website to function and cannot be switched off in our systems. They are usually only set in response to actions made by you which amount to a request for services, such as setting your privacy preferences, logging in or filling in forms.

You can set your browser to block or alert you about these cookies, but some parts of the site will not then work. These cookies do not store any personally identifiable information.

These cookies may be set through our site by our advertising partners. They may be used by those companies to build a profile of your interests and show you relevant adverts on other sites.

They do not store directly personal information, but are based on uniquely identifying your browser and internet device. If you do not allow these cookies, you will experience less targeted advertising.