“From my perspective it has been a great example of collaborative working with a supplier to mutual benefit. Net Insight enhanced the capability of Nimbra and we got the functionality we needed ahead of anybody else.” Robert Luggar, Head of Playout Engineering & Platform, Red Bee Media 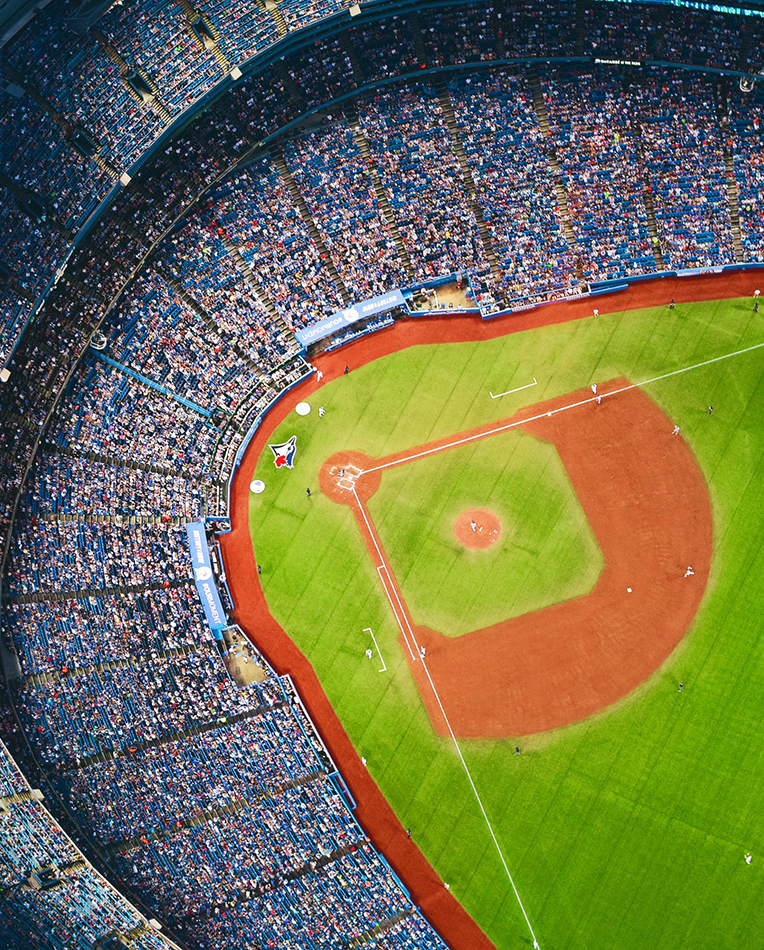 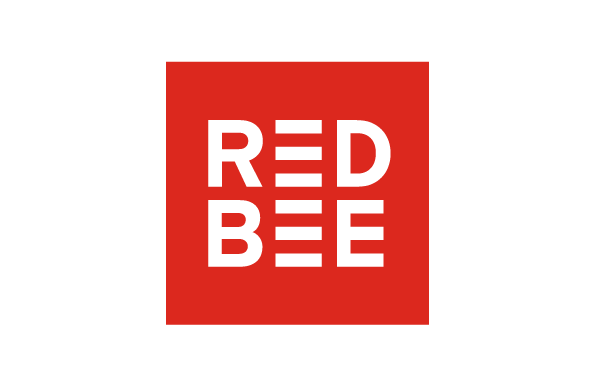 With media organizations seeking greater agility and scalability to keep pace with dynamically shifting markets, Red Bee planned to stay ahead of the game. Implementing an uncompressed IP playout solution between its playout locations in the UK would enable it to continue to enable highly flexible and qualitative service distribution and monitoring for major public and commercial broadcast customers. Red Bee was ground-breaking in its vision. With the close support of technology partner Net Insight, Red Bee’s implementation of an uncompressed 100GbE playout solution with trusted IP media backbone achieved a world’s first. 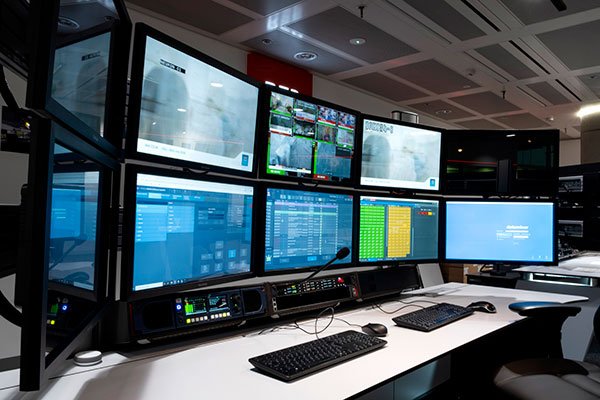 Beginning of the journey

Playout has been a significant part of Red Bee’s business for over 15 years. In the UK and across Europe the company provides managed playout for multiple tier 1 customers. When key contracts came up for renewal, Red Bee began a process of upgrading these operational centres to deliver next generation managed playout services.

“Our existing technology was based around SDI which was increasingly limiting our ability to service customers with the flexibility and cost effectiveness they were going to need going forward,” explains Robert Luggar, Head of Playout Engineering & Platform at Red Bee. “Our challenge was to refresh the technology while keeping costs down. The time was right to rethink the whole topology.”

In conversations with high profile customers, Red Bee began to flesh out a design that would be modular, multi tenanted, uncompressed and cost effective. Disaster recovery was a key requirement, meaning each site would have to operate independently of the other.

Luggar explains the core principles they embodied in the design of the managed playout platform. “One was to be software-based. We wanted to run all application functionality as software components on generic platforms for network, store and compute.

“Another core tenet was to move to IP video transport rather than SDI. Related, was the need to build future-proofed networks on open-standards-based technology. Combine those macro pieces in the right way and you have a bedrock infrastructure that would enable us as service provider and our broadcaster partners to be sure of true flexibility and access to ongoing innovation.”

While Internet Protocol transport streams are the future to which broadcast systems will migrate, the technology is in the early phases of rollout. SMPTE standards 2022 and 2110 are vital building blocks on the path to transitioning studios and facilities over from SDI but implementation is yet to reach maturity. This was the challenge faced by Red Bee in pulling the project together.

NMOS is the key standard in this regard and one that Red Bee intended to adopt. Specifications body AMWA designed it to enable IP devices to connect together and orchestrate signals just as broadcast systems had routed signals over SDI.

“As is the case with new standards there are differences in interpretation and implementation. We were trying to connect four different networks to each site with different address spaces which we needed to integrate into the NMOS routing control at each end. But none of that functionality existed to the degree we needed at any supplier.”

That included Net Insight Nimbra which wasn’t optimized for NMOS in the way Red Bee required it to be. After surveying the market, Red Bee concluded that no other vendor had a better solution, and engaged Net Insight as its preferred technology partner.

Journey of registration and discovery

“We embarked on a journey to add the functionality we required to Nimbra specifically around support for NMOS routing and address translation,” Luggar explains. “This would enable us to translate multicast streams between the networks. The source stream would be translated onto the right target network. Those were the two pieces of functionality we worked with Net Insight to build and deliver.”

Development took place over six months to January 2021. Net Insight and Red Bee teams worked with AMWA testing tools to guide the NMOS integration and issues around interoperability with other supplier’s systems in Red Bee’s network.

It included the first deployment of Net Insight’s Media Pro Application, a fully programmable, adaptable, and scalable foundation for handling high data volumes of ST 2022 and ST 2110 IP video, audio, and data for the most demanding live events and production workflows.

Nimbra’s NMOS integration was tailored to work with Grass Valley Orbit as the Dynamic System Orchestrator for Red Bee’s networks. Since the Red Bee site has to be independently resilient, there are instances of Orbit at each location.

“It also acts as our NMOS registry for all our devices including Nimbra. Nimbra advertise its resources to and accepts routing commands from Orbit. It’s an integral component of the workflow that has worked extremely well.”

He adds, “It has been, and continues to be, a very smooth and collaborative relationship with Net Insight.”

Security is a vital component for a reliable SDI to IP transition. In  principal, Red Bee could have connected its networks together over fibre with switches at either end but there would be no management of the connectivity, no ability to prioritize traffic across the circuits and no ability to control network routing.

“We are custodians for our customer’s media and services so security is vital in every respect,” Luggar stresses. “Since the connectivity that sits between our sites is point to point and dedicated to us then from an interception perspective the opportunities for nefarious parties to invade are quite limited.

“In terms of QoS, however, the integrity of the media and robustness of the connection is equally as important. The reason we buy solutions like Nimbra is because Net Insight has the track record and heritage of managing circuits like this.”

By being first to launch and with several months of managing uncompressed playout live end to end for one high profile UK customer, Red Bee’s provisioning over 100GbE IP has attained an industry leading level of maturity.

“We have come from a world where we built bespoke installations for every single customer to a world where equipment is much more commoditised enabling us to provision things much more quickly, easily and cheaply,” Luggar says. “Because everything is based on commodity compute, network and store we can provision and scale easily and much faster than before. A lot of work we’ve done with Net Insight was on the tooling to achieve that.

“We’ve also developed configuration models which means able to remove a lot of the variability we had between customer solutions and systems. We don’t have to spend months developing a bespoke configuration to meet every nuance of a customer’s service. We now have a robust configuration model that we’re able to deploy for every customer and every circumstance quickly and easily.

“From my perspective it has been a great example of collaborative working with a supplier to mutual benefit. Net Insight enhanced the capability of Nimbra and we got the functionality we needed ahead of anybody else.” Robert Luggar, Head of Playout Engineering & Platform, Red Bee Media

Get the latest news about producing, managing and delivering the future of live sport & events.

This website uses cookies so that we can provide you with the best user experience possible. Cookie information is stored in your browser and performs functions such as recognising you when you return to our website and helping our team to understand which sections of the website you find most interesting and useful.

These cookies are necessary for the website to function and cannot be switched off in our systems. They are usually only set in response to actions made by you which amount to a request for services, such as setting your privacy preferences, logging in or filling in forms.

You can set your browser to block or alert you about these cookies, but some parts of the site will not then work. These cookies do not store any personally identifiable information.

These cookies may be set through our site by our advertising partners. They may be used by those companies to build a profile of your interests and show you relevant adverts on other sites.

They do not store directly personal information, but are based on uniquely identifying your browser and internet device. If you do not allow these cookies, you will experience less targeted advertising.